The northernmost Rocky Mountain state offers an impressive landscape: high mountains with snow-capped peaks, lush valleys and seemingly endless plateaus. These have also given the state its nickname “Big Sky Country” (based on the novel “Big Sky” by Pulitzer Prize winner Alfred Bertram Guthrie Jr). The size and grandeur of the country, as well as the mentality of its people, inspired Nobel Prize winner John Steinbeck to write the following quote: “Montana seems to be what a little boy thinks of Texas when he hears it from Texans. Of all the states, this is my favorite.”

But the lonely state on the Canadian border has always been considered a very rich country – for many years Montana was called the “Treasure State” because of its mineral deposits. Gold and silver deposits were discovered as early as the middle of the 19th century and at that time the state motto “Oro y Plata” (Spanish for “gold and silver”) was created. Incidentally, there are also rich deposits of sapphire, oil, natural gas, coal and copper.

Today, the state scores above all because of its deserted landscape and the associated feeling of great freedom. In addition to the landscape, there is still a lot of Wild West cowboy flair with all the activities that go with it. The summer months are the peak travel season. From late autumn, the state then sinks into hibernation. This is an ideal travel destination for adventurers, nature lovers and hikers.

Location and Size
According to timedictionary, with an area of ​​380,838 square kilometers, Montana is the fourth largest US state. Its land area roughly corresponds to that of Germany. Montana borders the Canadian provinces of British Columbia, Alberta and Saskatchewan to the north, the US state of Idaho to the west and Wyoming to the south. East of Montana are North and South Dakota. Capital is Helena. The highest elevation is the 3,903 meter high Granite Peak. The state has ten mountain peaks that are higher than 3,000 m. The lowest point in Montana is near the Idaho border – on the Kootenai River at around 600 m above sea level.

Population
Around 1.05 million people live in the huge state of Montana. With 2.7 inhabitants per square kilometer, the state is one of the most sparsely populated in the USA (only Wyoming and Alaska are even more sparsely populated). The capital Helena is also the fifth smallest capital of a US state with almost 29,000 inhabitants.

Getting there
Missoula (MSO) has the largest airport in the state. This is served by most western airports such as Denver, San Francisco, Salt Lake City, Seattle and Portland OR. Also in Billings, Montana’s largest city, there is a small Billings Logan Airport (BIL), which is connected to the route network of some major airlines.

The nearest international airports, which also have direct flights from Europe, are Seattle Tacoma and Calgary International Airport in the province of Alberta in Canada.

Climate
Montana has a continental climate, which, however, is very dependent on altitude. In the mountainous areas around 2,000 m above sea level (and above) it is cold all year round. In winter, large amounts of snow fall and there are often wintry snowstorms (blizzards).

The capital Helena (1,240 m above sea level) also has a typical continental mountain climate with very low winter temperatures (down to below −30 °C) and high summer temperatures with maximum values ​​of over +30 degrees. Precipitation – around 300 mm annually – is spread over the entire year. Blizzards cause large amounts of snow. Large temperature differences between day and night are also a feature of this climate. If you look at the long-term temperature extremes, there is a very wide range of fluctuations between -41 and +39 degrees. The annual average temperature is 6 degrees. 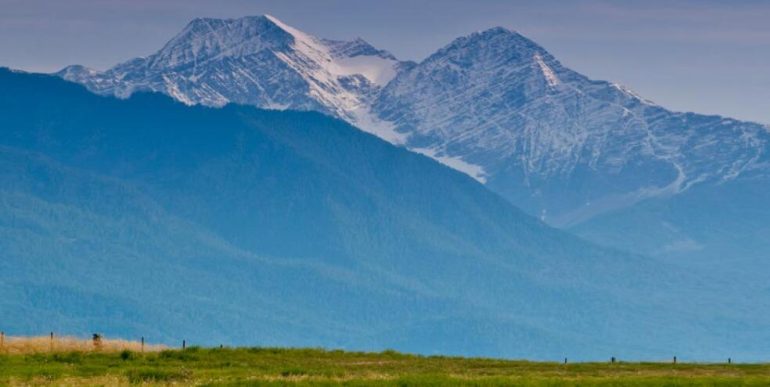