According to naturegnosis, the weather in Trinidad and Tobago is generally mild all year round and there are two seasons: a dry season from January to May and a rainy season from June to December . The daytime temperatures average 27 ° C, while the nights are cooler. The dry season is usually very sunny with only occasional short showers. The average humidity is around 75%.

From June to October it rains heavily and is therefore the worst time to visit the archipelago. However, the rain usually only falls in the afternoon, while the mornings are mostly sunny and the nights are clear. From mid-September to mid-October, the precipitation can be interrupted in phases by sunshine, this climatic phenomenon is known as Petit Carême . The hurricane season does not affect Trinidad and Tobago as the islands are outside the hurricane belt. From June to December, however, it is quite wet.

The most popular travel times are during the holiday season in December, Carnival in February, and the summer months when the overseas locals return to visit the island. The high season is December, February, June to August. It experiences its absolute climax at the carnival in February. Then crowds of visitors come to the island and the cost of hotel rooms skyrockets. Advance bookings are essential during this time. The best travel time for Trinidad and Tobago is in the high season or shortly after the carnival in February , as the weather is then much better than in the low season. The transition from high season to low season can be interesting, as the prices are then a little lower.

The period from March to May, June and September to November can be described as the low season. Accommodation is then cheaper and crowds are almost non-existent.

Compared to Tobago, hotel prices in Trinidad are relatively stable from January to May. Due to the Trinidad Carnival, the prices in January and February are very high. Despite the price hikes, it’s still a good time to visit the islands.

At night it gets coldest with 21 ° C. While the nights in summer are averages of pleasantly warm 23 ° C, the thermometer drops to a pleasantly warm 21 ° C between November and March. The temperature at night is on average a pleasant 22.0 ° C throughout the year.

The water temperature is up to 29 ° C in August and September, in January and February the sea has a maximum of 26 ° C. In the summer months from June to September the water is very warm with an average of 29 ° C. Between November and March the values ​​are a very warm 27 ° C. Over the year, the sea has an average temperature of 27.3 ° C.

Climate in Port of Spain 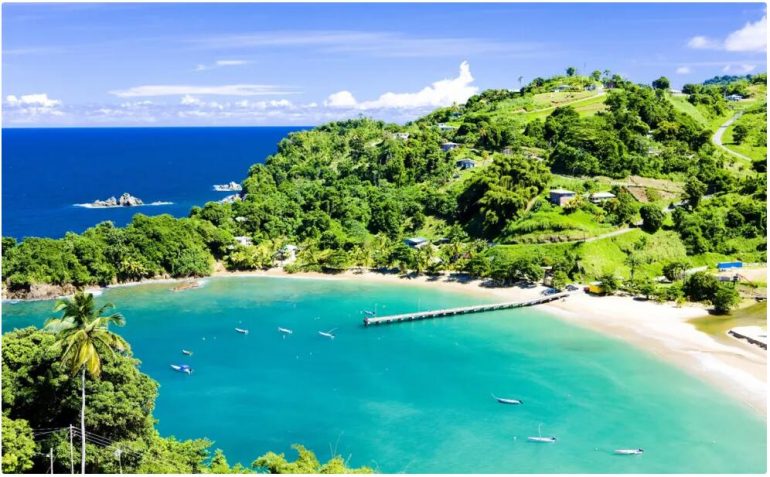