The surgical procedure enables relative continence. The affected children can often only learn to control them better in their adolescence. The extent to which continence can be fully or only partially restored depends on the degree of the malformation. Sometimes the patients suffer from psychological and physical secondary damage. You need a lifelong treatment plan and regular check-ups.

If there is no expansion of the intestine, there is no need for an artificial anus. This is necessary when the stool emerges through the urine or the vagina.

Then the intestinal stump is opened. The surgeon also uses a suture to create an anus on the outside. An artificial anus is later closed again so that the continuity of the intestine can be restored. As part of the follow-up care, the child’s parents have to regularly expand the newly created anus for a year with the help of a metal rod.

An artificial anus or a correction of the anus using existing tissue usually leads to a functional bowel. If nutritional and intestinal care measures are observed, complications – especially incontinence and constipation – can be reduced or prevented. If the pelvic floor muscles and intestines are exercised, the overall prognosis for faecal incontinence is good.

Analresia is usually treated surgically. As a result, the typical complaints usually do not recur. Patients only need to see a doctor several times immediately after an operation. This monitors the healing process. Medicinal support also takes place.

Follow-up care may be necessary, especially during puberty, with regard to the mental state of those affected in order to reduce psychological distress. Because despite extensive continence, patients describe small smears in their underwear. Psychotherapy can help to learn how to deal with everyday life. If the operative result is not satisfactory, another surgical procedure may promise success.

However, this therapy always depends on the specific situation. In addition, those affected can realize some aspects themselves that reduce the complications of constipation and incontinence. Choosing suitable foods can be learned. Colon irrigation on the toilet also relieves symptoms.

Since the hospital stay usually lasts several days, a sick leave is usually necessary. After the procedure, rest and bed rest apply . Since lying down can be uncomfortable for the first few days, a special hemorrhoid pillow must be used. To ensure that healing is positive, the wound must be well cared for. Precautions should be taken, especially when defecating. The doctor in charge can best answer which measures are necessary and useful in detail.

In general, a doctor must be consulted at least two to three times after an operation, who will monitor the healing process and adjust the medication if necessary. If there are complaints or complications, medical advice is required. 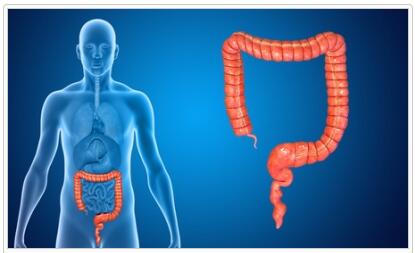