Under aminoaciduria a number of diseases and metabolic disorders are combined, leading to excretion of amino acids on the final urine. Usually it is a hyperaminoaciduria in which more than 5 percent of the amino acids that were filtered through the kidney corpuscles into the primary urine are not reabsorbed and can therefore be detected in the terminal urine. Aminoaciduria is a major symptom of several kidney and metabolic disorders that are inherited or acquired.

What is amino aciduria?

According to PHOTIONARY.COM, aminoaciduria is a major symptom of several kidney and metabolic disorders that are inherited or acquired.

However, it is also possible that specific amino acids, as in cystinuria, in which only the dibasic amino acids ornithine, arginine , lysine and cystine are affected. Short-term amino aciduria can be dietary due to excessive protein intake. It is a natural form of amino aciduria that regulates itself again.

Several factors are known that are considered to be the cause of amino aciduria or hyperamino aciduria. These are mostly genetic metabolic diseases, each of which leads to one of the inherited forms of amino aciduria. For example, the autosomal recessive inherited cystinuria is caused by an incorrectly coded transmembrane transport protein.

The special transport protein normally ensures the passage of the amino acid cystine and the other dibasic amino acids through the membrane of the tubular cells in the epithelial cells of the proximal tubular cells of the kidney, which corresponds to the classic reabsorption. The rare hereditary fructose intolerance, another form of amino aciduria, is also inherited as an autosomal recessive trait.

A genetic defect causes aldolase B deficiency in the liver, which means that glycolysis is inhibited when fructose builds up. Ultimately, this results in an intracellular lack of ATP, so that severe hypoglycemia (low blood sugar) occurs. The disease is accompanied by several symptoms, one of which is typically amino aciduria.

There are other inherited metabolic diseases known in which aminoaciduria is the main symptom. The causes can relate to a transport protein for a certain class of amino acids or a required enzyme that encodes incorrectly due to a genetic defect and thus becomes functionless. In some cases, interstitial inflammation of the kidneys or liver dysfunction also lead to aminoaciduria.

The symptoms and complaints that accompany amino aciduria vary and depend on the causal factors and thus on the metabolic processes involved. For example, inherited cystinuria is manifested by precipitation of the unabsorbed amino acid cystine in the urine, which tends to form urinary stones . About 50 percent of those affected develop urinary stones.

In the case of the rare hereditary fructose intolerance, symptoms only occur after ingestion of fructose. However, the symptoms can also occur after consuming “normal” sucrose because the body breaks down the disaccharide into glucose and fructose. Typical symptoms are nausea , vomiting , sweating and aminoaciduria.

A general amino aciduria can be detected by determining the concentration of amino acids in the terminal urine. If only certain amino acids are found in the urine, the finding facilitates a more detailed diagnosis. It is usually one of the inherited metabolic disorders such as cystinuria, in which the amino acids cystine, ornithine, arginine and lysine accumulate in the urine.

The disease cannot be cured, but the further course can be influenced with a lot of fluid intake, so that the formation of urinary stones is prevented as far as possible. The course of the disease depends on the causes and the behavior of those affected.

The complications and symptoms of amino aciduria are very diverse and for this reason cannot be generally assessed. However, there is always a disruption of the metabolic processes. In many cases, this disorder leads to the formation of urinary stones, for example.

Due to the urinary stones, the patient suffers from very severe pain and uncomfortable feelings. Everyday life is extremely restricted by the amino aciduria, and it is usually no longer possible to pursue an activity. In addition, vomiting, panic attacks or nausea with dizziness often occur.

Aminoaciduria can also lead to the development of different allergies that did not previously occur in the patient. The formation and treatment of urinary stones can be relatively well influenced by an increased intake of fluids. Here the patient must also strive for a healthy diet and lifestyle.

If an intolerance to fructose develops in the case of amino aciduria, the person affected has to do without it for his entire life. In this case there is no treatment option. As a rule, life expectancy is hardly reduced, but it depends heavily on the patient’s lifestyle.

As a rule, the aminoaciduria indicates diseases of the kidneys or the urinary tract. These diseases should always be examined and, if necessary, treated and removed by a doctor. In most cases, amino aciduria leads to the formation of a urinary stone. This is associated with extremely severe pain in the patient, with urination in particular being significantly affected. For this reason, treatment must be given if severe pain suddenly occurs in the kidney and ureter area.

Not infrequently, the patients also suffer from sweating, dizziness or vomiting. These symptoms can also indicate amino aciduria. If the symptoms occur after consuming fructose, this intolerance must be determined by a doctor. In this case, the patient must forego the ingredient. Treatment can generally begin with the general practitioner if the person concerned is not sure about the symptoms or cannot precisely attribute them to a disease. If the pain is acute, call an ambulance or go to the hospital.

Aminoacidurias, which are based on genetically determined malfunctions of transport proteins or enzymes, cannot be treated causally. The primary goal in diseases of this type is seen to be to keep the effects of amino aciduria as low as possible. In the above-mentioned cystinuria, a daily fluid intake of up to four liters is required to prevent urinary stones.

Due to the high fluid intake, the urine is quasi diluted so that the poorly soluble cystine does not precipitate. In the case of fructose intolerance, only lifelong avoidance of fructose and sucrose is expedient. If the aminoaciduria is caused by an interstitial inflammation of the kidneys or by impaired liver function, possible therapy is primarily aimed at treating the underlying disease. The aminoaciduria regresses by itself after the kidney inflammation (nephritis) has healed.

Aminoaciduria can lead to various complaints and complications for those affected. The further course of this disease depends heavily on other environmental factors, so that a general prediction is usually not possible. However, the aminoaciduria can lead to the formation of urinary stones . These are associated with very severe pain and significantly reduce the patient’s quality of life. Vomiting or nausea can also continue to occur.

Those affected often also suffer from sweats and are therefore significantly restricted in everyday life. Aminoaciduria can also lead to the development of various allergies or intolerance. In some cases, fructose intolerance can also occur, so that the person concerned has to do without this ingredient for his entire life.

Unfortunately, it is not possible to treat the aminoaciduria causally. For this reason, the effects and symptoms of this disease must be limited as much as possible. Kidney stones can be avoided primarily through increased fluid intake. Whether aminoaciduria will reduce life expectancy cannot generally be predicted.

Any form of amino aciduria is always the result of a primary disease or a primary defect such as incorrectly coded transport proteins or enzymes. There are therefore no direct preventive measures that could prevent amino aciduria.

In most cases, amino aciduria is an indication of another inherited condition, so treating the underlying condition is paramount. However, it cannot generally be predicted whether there will be a complete healing. In some cases, those affected are also dependent on lifelong therapy to alleviate the symptoms.

Follow-up care options are therefore only available to a very limited extent in the case of aminoaciduria. In general, a healthy lifestyle with a healthy diet has a positive effect on the course of the disease. The trigger for the amino aciduria must also be found and further avoided.

In some cases, the patient has to forego certain foods and ingredients in order to keep the discomfort to a minimum. In order to avoid the formation of kidney stones, a lot of fluids should be consumed. The aminoaciduria may also reduce the patient’s life expectancy.

Food that is high in fructose should definitely be avoided. In the case of aminoaciduria, contact with other sufferers of the disease can also prove to be useful, as this can lead to an exchange of information.

Aminoaciduria must be diagnosed and treated by a doctor. In addition to medical therapy, the symptoms can be alleviated with a few home remedies and self-help measures.

First of all, the diet should be changed: foods with fructose and sucrose (juices, oranges and lemons , lentils , cane sugar, shortcrust pastry) are best avoided, while foods with many amino acids (meat, fish, dairy products, eggs , quark , nuts) are consumed more should be.

In consultation with the doctor, the menu can be supplemented with dietary supplements with amino acids. You should also drink a lot . On the one hand, this stimulates the metabolism and thus the digestive activity. On the other hand, urinary stones and other typical secondary symptoms of amino aciduria are prevented. Home remedies such as kombucha, corn tea or warm beer are also recommended for kidney grits.

Proven remedies from nature include dried beach thistle roots, marshmallow or birch leaves -Tee. Various home remedies and medicinal plants also alleviate side effects such as nausea, vomiting and sweating. Which means and preparations make sense in detail should be clarified with the doctor beforehand. Lastly, a healthy lifestyle with plenty of exercise and enough sleep should be maintained in order to accelerate the healing process. 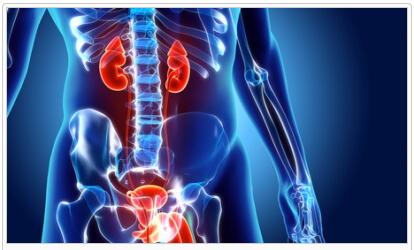