The aluminosis is a lung disease that is considered one of the group of pneumoconiosis and also recognized as an occupational disease if people long time were exposed to aluminum dust or fumes in the exercise of their profession. Inhaled aluminum oxide particles react directly with the cell membranes of the alveoli and are deposited in and on the membranes. The lung parenchyma gradually transforms into functionless collagen-hyaline tissue, resulting in a restrictive ventilation disorder.

In aluminosis, aluminum oxide reacts with the membranes of the alveoli and settles in them.

According to LAWFAQS.NET, aluminosis – also known as aluminum dust lung – is a special form of pneumoconiosis from a pathological-anatomical point of view . People who have been exposed to aluminum oxide dusts or aluminum oxide smoke for years experience a gradual conversion of their functional lung tissue into functionless collagen-hyaline tissue. The aluminum dust is therefore counted among the malignant dusts.

This leads to a more or less severe functional impairment, also known as a restrictive ventilation disorder. What distinguishes aluminosis from other forms of pneumoconiosis is not just the inhaled aluminum. Aluminosis mainly consists in the fact that the aluminum reacts chemically with the membranes of the alveoli.

This leads to a change in the nature of the membrane and its functionality. Aluminosis is usually recognized as a compensatory occupational disease in people who can prove that they have been exposed to certain concentrations of aluminum oxide dust in their workplace for a long period of time.

As with most other pneumoconioses, the main cause of aluminosis is exposure and contamination of the air that exceeds a certain level. A high peak load, which is reached here and there, plays a lesser role than, for example, a more or less continuous load of the breathable air with aluminum oxide dust or aluminum oxide smoke at the workplace.

In the case of many dusts that are only deposited in the alveoli and partially phagocytosed and transported away, the pneumoconiosis process is theoretically reversible. This is not the case with aluminosis. The aluminum oxide particles react with the septa, i.e. with the cell membranes between the individual alveoli, and cause a thickening of the cell walls, which is associated with a partial to complete loss of function.

The fatal thing about aluminosis is the long waiting period, which can be up to two decades. This means that, depending on the contamination of the breathing air at the workplace, it remains symptom-free for many years and therefore mostly goes unnoticed at first. The remodeling of the functional lung tissue and the associated loss of the ability to exchange gases take place very slowly.

If aluminosis is suspected, it is important to take a comprehensive medical history and research possible dust exposure at the workplace and other additional exposure to dust in private life. The course of symptoms and complaints also provides an initial indication of the severity of the possible aluminosis. The anamnesis is followed by auscultation of the chest using a stethoscope .

The lung function test , the spiroergometry and the X-ray examination provide further information that is important for an exact diagnosis . The x-ray image of the lungs shows, for example, remodeled tissue and, above all, possible water retention in the lungs . A blood gas analysis also provides valuable information.

Above all, the oxygen saturation and the carbon dioxide content are measured, which is increased by increasing aluminosis. In rare cases, a lung biopsy is necessary for an exact diagnosis, during which lung tissue is removed in a surgical procedure for a more detailed examination. The further course of the disease of an aluminosis depends on the extent to which the tissue remodeling in the lungs has already progressed.

This also includes the possibility of protecting the sick person from further exposure to aluminum dust. Functional lung tissue that has already been rebuilt is irreversible. Fibrous lung tissue can no longer be converted back into functional tissue that is capable of gas exchange. In the event of further exposure to dust, the course of the aluminosis is severe and the prognosis is unfavorable.

Since aluminosis causes breathing disorders, this disease must definitely be treated by a doctor. Without treatment, there is usually shortness of breath and decreased blood saturation with oxygen. This can damage the internal organs, which are usually irreversible.

Therefore, if shortness of breath develops, which is associated with a cough, a visit to a doctor is necessary. Pneumonia can also be a symptom of aluminosis. In most cases this will be treated by a doctor. It is not uncommon for patients to notice reduced blood flow or cold extremities. These symptoms can also indicate the disease and should be treated by a healthcare professional.

The most important first measure when diagnosing aluminosis is to protect the sick person from further exposure to aluminum oxide dust or aluminum oxide smoke and also from other dusts. If the disease is accompanied by acute inflammatory processes, a sometimes controversial treatment with cortisone and in rare cases with antibiotics may be indicated.

Aluminosis can worsen years after exposure to alumina dust is stopped. Since there is no known effective drug treatment that could effectively halt the progression of the disease, the only treatment option may be a lung transplant . However, aluminoses are on the decline due to the strict regulations governing air pollution in the workplace. There are hardly any new cases.

As a rule, aluminosis cannot be diagnosed at an early stage, as the symptoms and symptoms do not manifest themselves in the patient for about twenty years. This means that early treatment is unfortunately not possible either. In most cases, aluminosis has a very negative effect on the person’s breathing . It comes while a shortness of breath and a gasping . Furthermore, those affected can also suffer from shortness of breath, which is sometimes associated with panic attacks .

The quality of life of the person affected decreases significantly as a result of the aluminosis. Pneumonia often continues to occur and the levels of oxygen in the blood decrease. The insufficient supply of oxygen also damages the internal organs , which can also affect the brain. The life expectancy of the person affected is reduced by the aluminosis.

A causal treatment of this disease is not possible. Existing inflammation can be resolved with the help of antibiotics. In some cases, however, a lung transplant is necessary so that the person does not die. Likewise, the patient can usually no longer practice his previous job due to the illness.

The most important preventive measure to prevent aluminosis is to avoid exposure to polluted air for long periods of time. This assumes that people in the aluminum processing industry inform themselves about the level of exposure at their individual workplace.

If limit values ​​are exceeded, an immediate reduction in exposure must be requested. In addition, it is advisable for people at risk to have a lung function test carried out regularly every few years in order to be able to draw conclusions at the first signs of aluminosis.

Direct follow-up care is usually not possible in the case of aluminosis. In most cases, only the symptoms of aluminosis can be treated symptomatically, although causal treatment is not possible. The patient’s life expectancy may also be reduced as a result of this disease. If the patient is diagnosed with aluminosis, he must immediately stop the trigger for the disease.

It may also be necessary to change jobs so that the dust or smoke from aluminum oxide is no longer inhaled. This is the only way to prevent a further deterioration in the general condition of the person concerned. Further treatment usually involves the use of drugs and antibiotics.

The person affected should ensure that they are taken regularly and that they may interact with other drugs so that complications do not arise. Antibiotics should not be taken together with alcohol. In severe cases of aluminosis, however, a lung transplant is necessary to completely heal the affected person.

After such an operation, the patient must always rest and take it easy. Smoking or physical activity should be avoided in any case. Furthermore, in some cases, contact with other sufferers of the aluminosis can also have a positive effect on the course of the disease.

After diagnosing aluminosis, the most important thing to do is to protect the person from further exposure to aluminum oxide dust, aluminum oxide smoke, and other harmful influences. Accompanying this, the sick person must always have a medical examination carried out and, if necessary, start therapy immediately.

Medicines such as cortisone or antibiotics are usually prescribed to treat aluminosis . Drug therapy can best be supported by those affected by a healthy lifestyle and close monitoring of the body’s response to the drugs prescribed. Regular examination by the doctor is also important, as aluminosis can still be noticeable months or years after the initial exposure.

Depending on the underlying cause of the disease, it may be necessary to change jobs in parallel to these measures. If the symptoms are due to an accident, trauma therapy is also useful in some cases. Which measures are indicated in detail should be decided by those affected in discussion with the responsible doctor. In any case, contact with the toxins must be avoided. 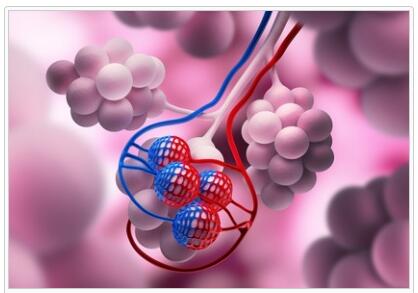